The IKN Weekly, out now 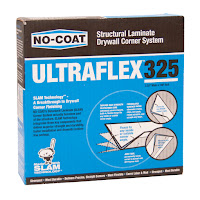 IKN325 has just been sent to subscribers. This is the link and this be the verse:

In Phædrus’ “Church of Reason” Lecture
In Zen and the Art of Motorcycle Maintenance, Robert Pirsig relates a lecture delivered by his alter-ego,
Phædrus. At the time the lecture was written, Phædrus was struggling with a problem he had with his
students’ perception of university. The University was at that time in danger of losing its accreditation
and students seemed concerned that if it did, the university would cease to exist. The “Church of Reason”
lecture was delivered by Phædrus to explain to them the true nature of university. One student remarked
that the State Police would move onto campus to prevent the University from losing its accreditation.
This made it clear to Phædrus that there was a fundamental misunderstanding of what comprises a
University and the lecture was an attempt to explain the proper meaning of ‘University.’ The following is
an excerpt from chapter 13 of the book.

The real University, he said, has no specific location. It owns no property, pays no salaries and
receives no material dues. The real University is a state of mind. It is that great heritage of rational thought
that has been brought down to us through the centuries and which does not exist at any specific location.
It’s a state of mind which is regenerated throughout the centuries by a body of people who traditionally
carry the title of professor, but even that title is not part of the real University. The real University is
nothing less than the continuing body of reason itself.In addition to this state of mind, “reason,” there’s a legal entity which is unfortunately called by the
same name but which is quite another thing. This is a nonprofit corporation, a branch of the state with a
specific address. It owns property, is capable of paying salaries, of receiving money and of responding to
legislative pressures in the process.But this second university, the legal corporation, cannot teach, does not generate new knowledge or
evaluate ideas. It is not the real University at all. It is just a church building, the setting, the location at
which conditions have been made favorable for the real church to exist.Confusion continually occurs in people who fail to see this difference, he said, and think that control of
the church buildings implies control of the church. They see professors as employees of the second
university who should abandon reason when told to and take orders with no backtalk, the same way
employees do in other corporations.They see the second university, but fail to see the first. (Pirsig, 1999, p. 150).

Phædrus goes on to describe the role of the professor within the University through an analogy of a
minister within a church.

After these explanations he returned to the analogy of the religious church. The citizens who build
such a church and pay for it probably have in mind that they’re doing this for the community. A good
sermon can put the parishioners in a right frame of mind for the coming week. Sunday school will help the
children grow up right. The minister who delivers the sermon and directs the Sunday school understands
these goals and normally goes along with them, but he also knows that his primary goals are not to serve
the community. His primary goal is always to serve God. Normally there’s no conflict but occasionally
one creeps in when trustees oppose the minister’s sermons and threaten reduction of funds. That happens.A true minister, in such situations, must act as though he’d never heard the threats. His primary goal
isn’t to serve the members of the community, but always god.The primary goal of the Church of Reason, Phaedrus said, is always Socrates’ old goal of truth, in its
ever-changing forms, as it’s revealed by the process of rationality. Everything else is subordinate to that.
Normally this goal is in no conflict with the location goal of improving citizenry, but on occasion some
conflict arises, as in the case of Socrates himself. It arises when trustees and legislators who’ve contributed
large amounts of time and money to the location take points of view in opposition to the professors’
lectures of public statements. They can then lean on the administration by threatening to cut off funds if
the professors don’t say what they want to hear. That happens too.True churchmen in such situations must act as though they had never heard these threats. Their
primary goal never is to serve the community ahead of everything else. Their primary goal is to serve,
through reason, the goal of truth. (Pirsig, 1999, p. 151).