The Kitco monkeys with dartboards are back!

Oh Kitco, thanks for the laugh this morning: 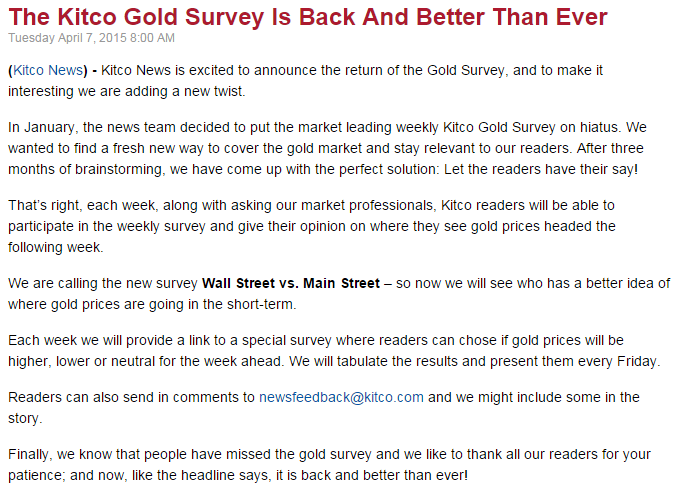 The thought strikes your humble scribe as to just why Kitco decided the put its gold survey “on hiatus”. Could be perchance be anything to do with the way in which IKN followed its predictions and carefully recorded each week’s results for a full year to confirm that it’s a total waste of time? This from the final post in that long series:

“The result: After 52 weeks, the experts were right 17 times. That’s to say, they score one in three on a survey that offers three choices. The same one-in-three ratio comes when you only count the “strong signal” weeks, too. They are indeed monkeys with dartboards and believing what these people say is a total waste of time.”

And then , just a few weeks after that, “the hiatus” came. Probably just coincidence guv, innit. By the way, if you want to read more of that series just stick “IKN” and “monkeys with dartboards” into the Googlymachine.
So anyway, we now get to watch the monkeys with dartboards compete against the Kitco readership, the very same people who confidently and overwhelmingly predicted that Switzerland would vote to back its currency with gold last November. A year of guffaws and chortles await us all.