The mind keeps drifting back to this line in the Bear Creek (BCM.v) NR…

“…the
successful resolution of the Santa Ana dispute is a critical component
to the Company’s ability to raise financing for, and ultimately the
potential success of, the Corani Project.”

And the question is, why?
Why should Corani depend on Santa Ana? What’s stopping BCM from moving Corani forward without Santa Ana? Aren’t they separate (though wholly owned) limited companies inside Peru? Y’know, if I were the Peruvian government flunkey handling the BCM arbitration case, that kind of thing would have my head scratching and thinking about a small and failing foreign company trying to strongarm its host nation. It might just rub me up the wrong way after a while and get me asking whether Corani is as world class as BCM makes out and if it is, why they can’t get financing from a source other than Santa Ana cash flow.
Looks like the market is thinking along the same lines, too: 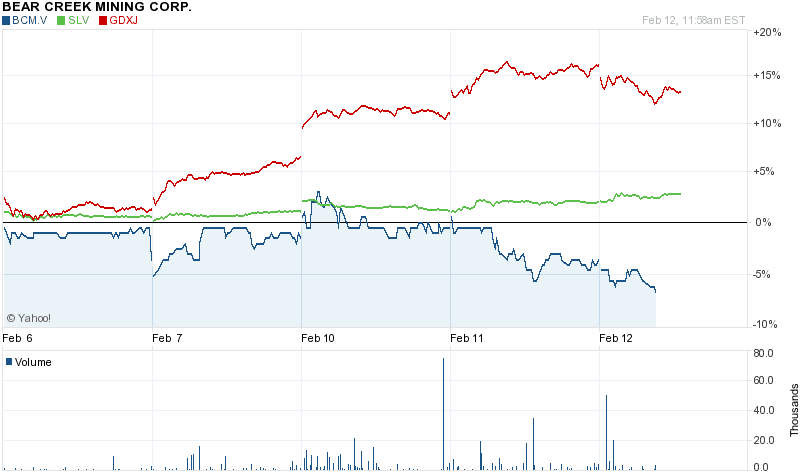