The moral character of those that ran the pre-Evo Bolivia 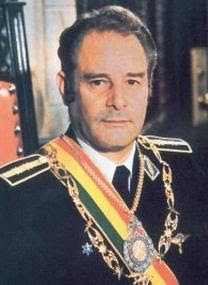 Juan Pereda Asbun is an ex-dictator and de facto leader of Bolivia. He was President of the country twice after first running a coup d’etat and then coming to power again in a fixed election. On Tuesday he was arrested after trying to get young boys and girls to climb aboard his car and then showing off his genitals to them. When arrested he tested positive for cocaine and cocaine-laced cigarettes were also found in his car.

We congratulate the leaders of the democratic North for having supported the region’s military and political elite for decades.