The shock is not the scam…. 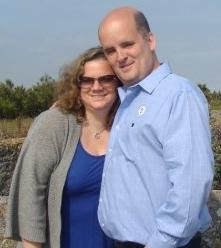 Carol and Dan (for it is they)
….and the shock isn’t that the accused are Canadians (I mean….like duh, dude). No, the shock is that the SEC has actually gotten off its butt and done something about it. Link here, full SEC complaint here, the top of the NR here:

According to the SEC’s complaint, the defendants profited by selling penny stocks at or around the same time that they were touting them on www.pennystockchaser.com. The website invites investors to sign up for daily stock alerts through email, text messages, Facebook and Twitter.

The SEC alleges that since at least April 2009, Carol McKeown and Daniel F. Ryan, a couple residing in Montreal, Canada, have touted U.S. microcap companies. According to the SEC’s complaint, McKeown and Ryan received millions of shares of touted companies through their two corporations, defendants Downshire Capital Inc., and Meadow Vista Financial Corp., as compensation for their touting. McKeown and Ryan sold the shares on the open market while PennyStockChaser simultaneously predicted massive price increases for the issuers, a practice known as “scalping.”

“As alleged in our complaint, McKeown and Ryan used all the modern methods to communicate with investors including the PennyStockChaser website, e-mail, text messages, Facebook, and Twitter yet failed to adequately communicate that their rosy predictions for touted stocks were accompanied by their sales of those very same stocks.” said Eric I. Bustillo, Director of the SEC’s Miami Regional Office.

The SEC’s complaint, filed in the U.S. District Court for the Southern District of Florida, also alleges McKeown, Ryan and one of their corporations failed to disclose the full amount of the compensation they received for touting stocks on PennyStockChaser. The SEC alleges that McKeown, Ryan and their corporations have realized at least $2.4 million in sales proceeds from their scalping scheme continues here.

This is precisely the same ‘scalping’ technique the Thom Calandra used when he illegally touted Ecometals, by the way. Meanwhile over at Pennystockchaser HQ today, we get a 404 instead of a lot of BS:

The requested URL /tag/pennystockchasercom/ was not found on this server.

Want to know what was going on? Here’s one example of many from the full complaint:

37. Bluewave’s trading volume increased significantly as a result of the Defendants’ promotional campaign. Between January 1, 2010 and April 15,2010, immediately prior to the campaign, trading was almost non-existent with a total ofonly 57,100 shares traded.

38. By contrast, in the days following the promotional campaign, trading volume was almost two millions shares per day.

Thanks to SB for the headsup.