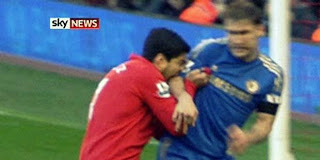 The South American qualifiers are back, with the next round of matches on Friday (round 16 early next week) and we’re getting to the business end of matters, too. Just four more rounds to go until the whole shebang is decided, so there’s mucho mucho to play for from this moment onwards. You can check out the standings at the official FIFA page here, but in a nutshell Argentina (26pts), Colombia (23pts), Ecuador (21pts) and Chile (21pts) are all looking either very good or likely (in the case of Ecuador, probably the most vulnerable of the top four from here due to the schedule) for the top four automatic places. The big fight is for 5th place, because that offers a trip to Brazil as well thanks to a playoff with the 5th placed Asia group team. And right now, the fight for that spot is tighter than a duck’s sphincter between Uruguay (16pts), Venezuela (16pts) and Peru (14pts).
So onto the matches this Friday and as we still have $70.55 hanging on from our original $100 virtual bankroll after round 14’s failed bets, first the odds as supplied by Ladbrokes Dot Com and then the discussion and wagers:
Colombia 9/20       Draw 14/5         Ecuador 6/1
Paraguay 2/5         Draw 13/4        Bolivia 13/2
Chile 4/11             Draw 31/10      Venezuela 7/1
Peru 7/5                Draw 21/10         Uruguay 7/4
Of the four, the easiest to avoid playing (and watching for that matter) is Paraguay versus Bolivia. Paraguay, even the mediocre version they’ve offered up in the cycle, should beat the woefully bad Bolivia national team at home, but it’s no gimme either so the cramped 2/5 odds for the Paraguay win offer no value.
Probably the easiest to call is Chile, who will be firing on all cylinders at home to Venezuela and looking for the three points that will virtually guarantee their ticket to Brazil next year. This isn’t the best Chile side seen, but it’s not bad either and when playing at home enjoy a formidable advantage. Meanwhile, Venezuela will be more than happy to squeeze a point out of this one and are probably already thinking about their home match next week against Peru.
The other two matches offer up the best betting opportunities. We know Colombia is a good team, but Ecuador isn’t shabby either and although I doubt they can go to Baranquilla (North coastal Colombia) and win, they have a really decent shot at pulling out the draw and at odds of 14/5, there’s a value bet on offer.
Finally, the hottest match of the lot is likely to be the last one played, Peru vs Uruguay in Lima. Looking at the table positions and the matches both teams have left, this is nothing short of a must-win for both of them. Uruguay is a traditional class act in South America but had a poor first period in the qualifiers and is now scrapping for qualification. It looks as though they’re coming back to form and with a world-class front line in Cavani, Suarez and Forlan, if they click on Friday they can score at will. Meanwhile, Peru has the big advantage of playing at home and has its form players to rely on, particularly Jefferson Farfan who’s playing great stuff these days for Schalke in Germany and Paolo Guerrero who’s knocking them in at will for Timao in Brazil. One stat around this match is that 13 of Peru’s 14 points in the qualifiers so far have come from home games, an average of over 2 points per game. Whatever happens in this match it promises to be full-on, passionate and the one result that you shouldn’t expect is a draw, so if you watch just one game this Friday make it this one.
So to the bets, and I’m going to risk minor money on two games (saving cash for next week’s, just in case):
And let’s see how we get on.

UPDATE Saturday AM: Aaaaaaand I suck at this. Uruguay beat Peru 2-1 (but yes, it was an intense and very watchable game) while Colombia sneaked a 1-0 win at home (Ecuador missed a penalty). So no soup for me on this week’s bets and now just $42.55 left in the piggy bank for next week’s bets.