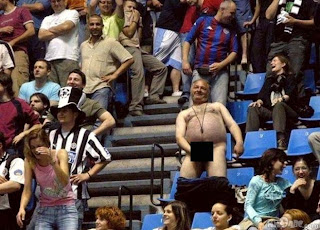 After our magnificent win last week when both bets scored to give us a $60+ net profit we have our tails up and a treasury of $151.05 to throw at the next round on Tuesday. So without further ado let’s check out the matches and the odds, as always taken from Ladbrokes dot com:

Chile 4/5   Draw 9/4   Colombia 11/4
Uruguay 1/2   Draw 13/5   Ecuador 9/2
Paraguay 8/13   Draw 5/2   Venezuela 7/2
Peru 9/2   Draw 3/1   Argentina 4/9
Colombia played well last week and took the normally strong Uruguay to the cleaners, but home is one thing and travelling to Chile is quite another…tough, tough stadium to find a result, that Santiago. As noted, Uruguay didn’t impress at all but neither did an insipid-looking Ecuador who now have to travel. Venezuela at Paraguay is an interesting match-up, as Paraguay are normally one of the region’s strongest teams but now find themselves joint bottom of the table (with Bolivia) after some rotten results mixed with tough ones (eg Argentina in Argentina last week). Paraguay really need to pick up points, but Venezuela showed themselves to be no pushover in Lima last week and in previous matches too. Finally, Peru played  well in the second half against Venezuela but looked iffy at the back all through the match. You might be able to get away with a weak defence with some teams, but not against this Argentina that’s now moving from very good to ominously good (bet real money on Brazilians worrying more about this Argentina in 2014 than anything that comes over from Europe, Spain included, because the mere thought of losing their World Cup to Argentina is enough to bring them out in a cold sweat two years before the event). Messi will grab the headlines for sure, but watch out for the rapidly improving Angel Di Maria, nicknamed “fideo” (or pasta/spaghetti where you come from) due to his slight physique. He was very impressive last week and looks the real deal.

So on due consideration, here are this fixture’s bets:

That leaves $103.05 in our virtual kitty for another day, even if the two bets above go down. And let’s see how we get on.