The state of the Conga anti-mining protests

Last Friday Marco Arana, one of the leaders of the anti-mining protests in Cajamarca that are centred on the Conga project (Yanacocha, the NEM/BVN jv), called for a regional strike on October 24th and 25th because according to him and his organization, Tierra y Libertad, Yanacocha has not stopped development of the reservoirs at the Conga project despite the anti-mine groups’ demands. As part of the protest a massed march was called for in the Cajamarca main square and then an evening gathering to make clear the opposition to the project.
Here are a couple of photos of the massed protest, taken yesterday October 24th at midday (long after the protesters were supposed to have gathered). 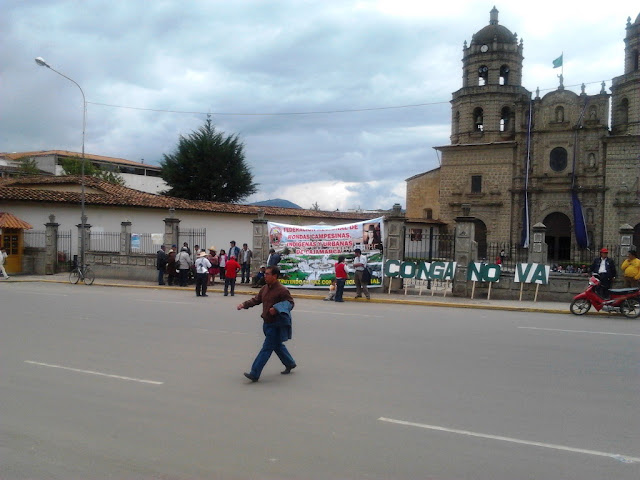 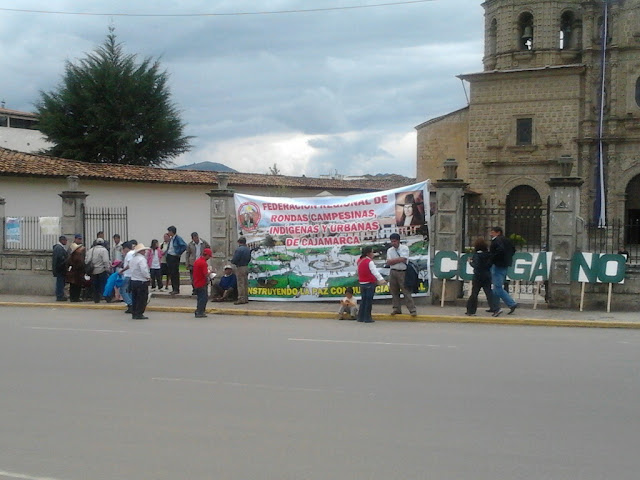 By all accounts the evening gathering saw no more than 20 people turn up.