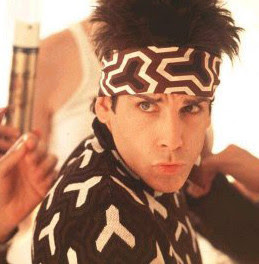 Just how stupid are the people running Great Panther Silver (GPR.to)? Here’s how stupid. Today I received this in the mail from A Reader:

Great Panther Silver (TSX: GPR) just hit $0.83 and I believe this is the beginning of a huge breakout!

Silver prices are up another $0.208 today to $18.37 per ounce and gold just hit a new all time high! Silver is still far from its all time high due to JP Morgan’s short selling and manipulation, but I believe a huge short squeeze in silver is coming very soon!

GPR could become one of our biggest winners in history! It’s my number one pick for 2010!

That’s what’s called an internet pump job, people. But rather than take apart the argument let’s kill the freakin’ messenger, because for those that don’t know Lebed Biz is run by Jonathan Lebed, an internet scamster of the worst kind. To give you an example, at the tender age of 15 he was canned by the SEC for running internet scam pump’n’dump schemes and he’s been doing this crap ever since. In the words of the SEC citation on this crudball:

On eleven separate occasions between August 23, 1999 and February 4, 2000, Lebed engaged in a scheme on the Internet in which he purchased large blocks of thinly traded microcap stocks and, within hours of making such purchases, sent numerous false and/or misleading messages, or “spam,” over the Internet touting the stocks he had just purchased. Lebed then sold all of these shares, usually within 24 hours, profiting from the increased price his messages had caused. During the course of the scheme, Lebed realized a total net profit of $272,826

And here’s a representative transaction highlighted by the SEC as typical of this scumbag’s style:

And this is the kind of person the GPR.to lines up to promote its company with. As it happens I’m sure GPR.to isn’t doing anything illegal, but as GPR has already paid scumball Lebed $20,000 to promote its name I do think that GPR.to is clearly run by stupid people with no common sense whatsoever and if their promotional tactics are taken as example, the board obviously has no idea about how to do things properly.
We don’t invest in companies run by stupid people.