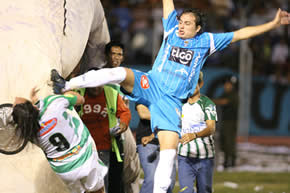 Today’s action comes from a local grudge derby match in Bolivia this weekend between Oriente Petrolero and Blooming, the two teams of Santa Cruz. Leonardo Medina was going off at half time after scoring a hotly contested goal in the first period when Sergio Jáuregui of Blooming came over to explain that he had a slightly different worldview and has become a little irritated with Medina’s previous attitude.
The result is that Medina ended up in hospital and Jáuregui is now facing criminal charges (to which he took the Bolivian version of the 5th yesterday afternoon). 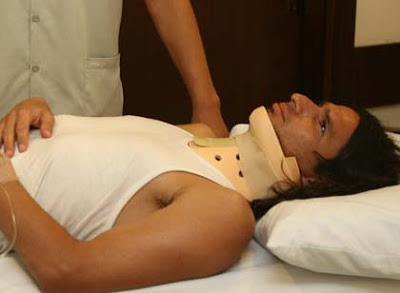