Timmins Gold (TMM.to) (TGD) is a stock I’m watching carefully at the moment, mainly because I recently bought the thing. Tonight it reported its 1q14 numbers and here’s a general comparative overview of the operational results:

The above is the most basic of charts, but the more detailed stuff looks fine too. Also, balance sheet items make for interesting reading because TMM is clearly looking to strengthen that part of its game and pay down liabilities. Overall, a good quarter’s worth of numbers that justifies the purchase and will make the scare-story peddlars who wailed over the 4q13 net loss eat their words. The main job, to retun a net profit (when many other small and medium sized precious metals mining companies have failed to do that most basic of jobs) was done in style and TMM has shown it can operate successfully in these low(ish) gold price times. As for the near future it’s valued at ~4.5X foward operating earnings on tonight’s close, and that cheap in my book (and should be in yours, too). No wonder Clive Johnson wanted (and maybe still wants) to buy it, but when TMM wouldn’t let him have a CA he stomped off into a corner and moaned about how unfair it all was. Such is life.

Anyway, full disclosure: Long this one via the TGD NY ticker. DYODD, dude. 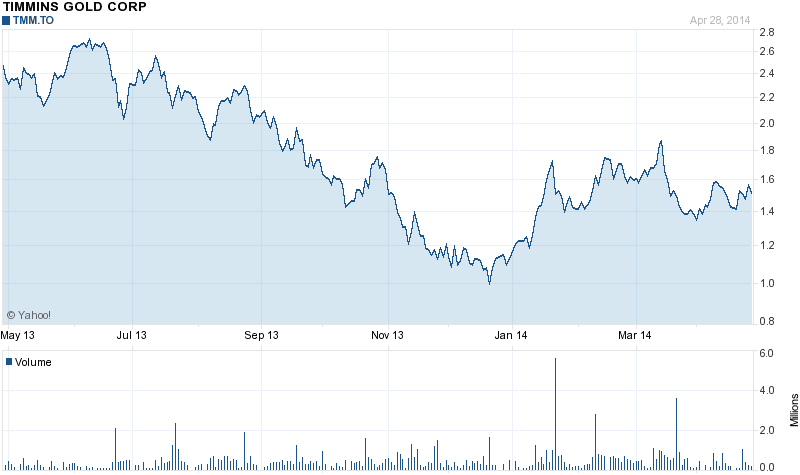