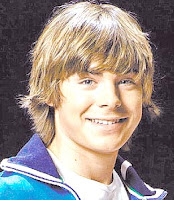 Another Troy that exploits its sector and gets rich
And it’s interesting for both the company and for the wider sector.

By now most readers will know just how much I like Troy Resources (TRY.to) (TRY.ax) going forward. If you don’t, see here for more details on that, but your humble correspondent has already sold 33 copies of the report (that has been read by at least 500 people thanks to the miracle of the forward button….hey, that’s perfectly ok by me). However today Mining Weekly reports a positive development at Troy, namely that the closure of its Sandstone operation in Australia has been deferred and the mine will continue through 2009 at the very least.

The reason for the change of mind is the new costs scenario in the gold mining industry. As mentioned here several times in the last few weeks, opex costs in mining have dropped significantly since the financial storm began…it’s the silver lining that came with the cloud. So it seems the guys in suits at Troy has been busy with the pocket calculators and now say that the mine is still economic thanks to the price cuts for all types of goods need to produce gold, from truck tires to steel girders to fuel to chemicals to whatever else you’d like to add.

This is good news for Troy, of course, but it’s also good news for the wider industry. I remember back just a few days ago when Goldcorp (GG) guided for 2009 and set a cash cost forecast of $365/oz. At the time I thought “hey look, GG are playing UPOD* with the market” and this Troy news fits right in with that. So this news is good for Troy and may be an indication of things to come in the wider scene. But whatever it turns out to be I like it so far.

*Under Promise Over Deliver; in this case I firmly believe GG’s cash costs will be substantially less than $365/oz in FY09