On his blog today, soon-to-be unemployed LatAm hack Tyler Bridges (after all, he works for McClatchy) screams the title “Venezuela: economic squeeze begins”.
Begins, Tyler? Begins?
B-b-b-b-but you and your merry band of helpers at The Miami Herald said Venezuela was in economic trouble in 2003…. and 2004…. and 2005….. and 2006…. and 2007….. and 2008…how come the squeeze you’ve been reporting all this time is only just starting? You must have been lying to the world and misleading them for years on end if you’re now saying the squeeze has just started.

Ah, right, wait a minute….you’re going for it now cos now you’re linking other people saying the same thing, right? In the link you provide to an equally silly FP report, we get to hear:

“Unless crude oil prices continue to rebound and stay relatively high, we should expect substantially lower oil output from Venezuela in the coming years because of a lack of investment and possibly political instability.”

Which is kinda cool to hear on the very same day that PDVSA announces a U$13Bn investment program for 2009! And to drive home the asinine nature of this analysis, the FP report thinks that it is revealing some hidden oracle-like truth when it says

“Venezuela is looking more and more like an “oil republic.”

Oh for f***’s sake! Venezuela has been a full-on no-doubts oil republic for longer than most anyone can remember and will be an oil state long after Chavez’s time is up. This Vincent Lauerman is actually getting paid to write this? And Bridges thinks it’s worthy of linkage to prove a point? Stupid, stupid, stupid.

So, Tyler Bridges, you win this week’s coveted award. You’re even stupid enough to link IKN on your page, so do your readers a favour and remove the link…..after all, the last thing you’ll want them to read is a bit of truth. Here’s your prize, dumbass: 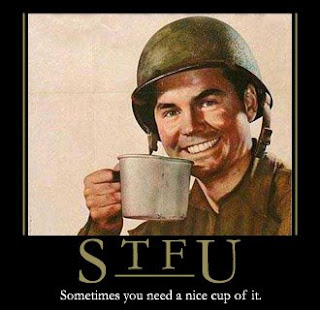