Here’s what the markets think of the BBC election exit poll that has the Tories doing much better than expected and forecast to win 316 seats: 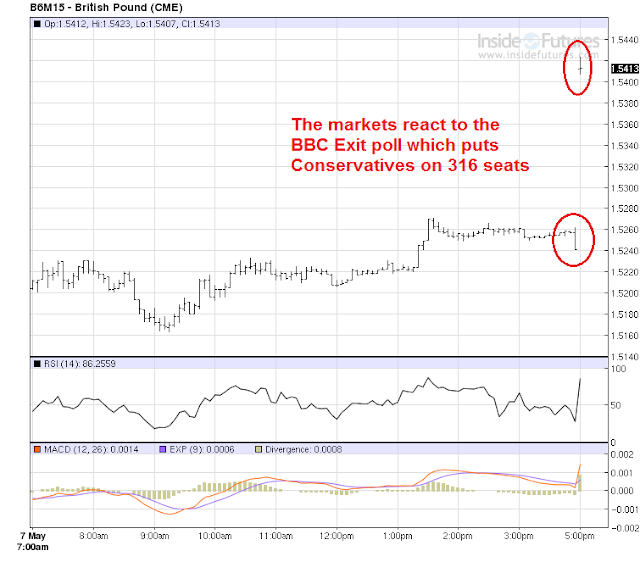 To be honest, I’m not convinced by this exit poll. They’re not nearly as accurate in the UK as they are in other countries and as the 1992 BBC poll that called Major the loser when he went on to win it (quite comfortably) shows, they can call them very wrong. True that the 2010 exit poll was accurate and this one may turn out to be right too, but still…be leery now, save heartache later. Nobody should rush to judgment on this one (though the market seems to have done just that).

UPDATE: And what this means is… 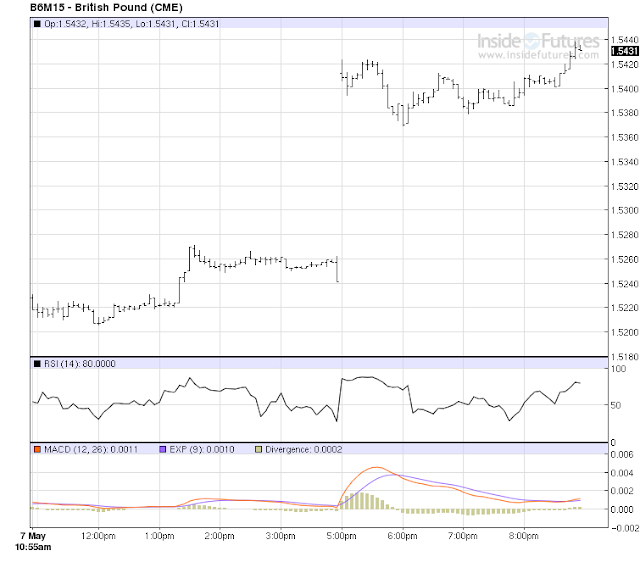 …that exit poll is being confirmed as each hour passes. The Tories have this one, with the backup story of the day how the SNP is in Full Braveheart mode and winning virtually everything North of the border.