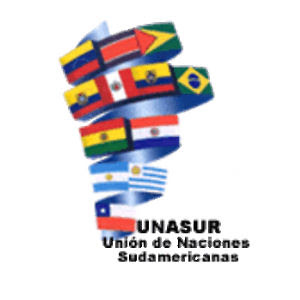 Heads of state from all round the region are making their way over to Quito, Ecuador right now for the UNASUR summit which will see Ecuador take the baton and get its turn as temporary president of the regional group.

However Colombia’s not going to the party. In the weird, whacked out world of Uribe it makes sense to fly all over the place last week on a lightning tour of the region, visiting Peru, Bolivia, Chile, Argentina, Paraguay and Brazil, but not go and see exactly the same people in one place at the meeting you were invited to attend. This is, of course, because Colombia is trying its very hardest to piss off Ecuador, other major neighbour Venezuela and the entire region by inviting US troops to set up shop in the country.

Even weirder are the statements out of Colombia from people like Ex defence Minister Santos (and presidential candidate, Lord help us) who says that giving Ecuador the presidency of UNASUR will kill the union. Errr, no, that’s Colombia’s doing, dumbass. The only country that protests the meeting is Colombia. The single regional country trying to drive a wedge into LatAm solidarity? Colombia. Country with by far the worst human rights record in the region? Colombia. Only regional country that invites Honduran usurpers for talks? Colombia. Single largest source of drugs? Colombia. I could continue.

I mean, are they seriously expecting the rest of LatAm to rally around them?