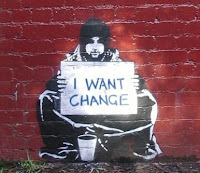 In the USA we have October unemployment at 6.5% and rising, with today’s jobless claims making further rises a lock. AP has “many economists” (who are never wrong of course) calling US unemployment at 7% by year’s end and 8% by YE 2009.
In Venezuela we have October unemployment at 6.7% and dropping. Amazingly, incredibly, stunningly, the only English language newswire reporting yesterday’s number was lefty Prensa Latina. No Bloomie, no Reuters, no AP, no AFP, no DJNW. It must have slipped their minds………..

Caracas, Nov 19 (Prensa Latina) The unemployment rate in Venezuela ended October in 6,7 per cent, which means a 0.5 percent drop compared to equal period in 2007, the National Statistics Institute said.

This shows a clear trend of sustained growth in the number of people in employment in Venezuela, the text says, while noting that 55.9 percent of the people work in the formal sector.