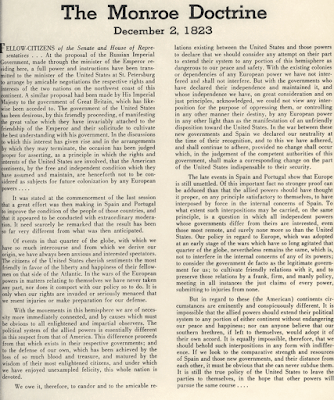 This is fun. In an exclusive report, digital emunction digs out evidence to prove that the US gunded the Banzer coup in 1971. Here’s how the note starts:

For nearly four decades, there’s been an open ques­tion about the 1971 coup that brought dic­ta­tor Hugo Banzer Suárez to power in Bolivia: was the U.S. gov­ern­ment involved? Thanks to newly declas­si­fied doc­u­ments, we now have an answer.

….the State Depart­ment denied it imme­di­ately, assert­ing unequiv­o­cally that the U.S. played no part in the over­throw of Torres.

A col­lec­tion of declas­si­fied doc­u­ments recently released* by the same State Depart­ment proves that this denial was not only incor­rect, but a lie: the Nixon Admin­is­tra­tion, acting with the full knowl­edge of the State Depart­ment, autho­rized nearly half a mil­lion dollars—”coup money,” accord­ing to the ambas­sador in La Paz—for the politi­cians and mil­i­tary offi­cers plot­ting against Torres. The CIA handed at least some of this money over to the coup’s lead­ers in the days lead­ing up to Banzer’s seizure of power.

Now go read it all for yourself. A good job of reporting. My thanks to reader AT for the headsup.

UPDATE: After a deserved handslap and prompt, I’ve just noticed that Structurally Maladjusted ran with this story in its weekend update days ago. Moral of the story; if you want to be current with LatAm affairs, read SM first and IKN 2nd.