Venezuela, before and after the tear gas

Today on Twitter, this image has been offered up to mine eyes as an example of the brutal police repression of student protesters: 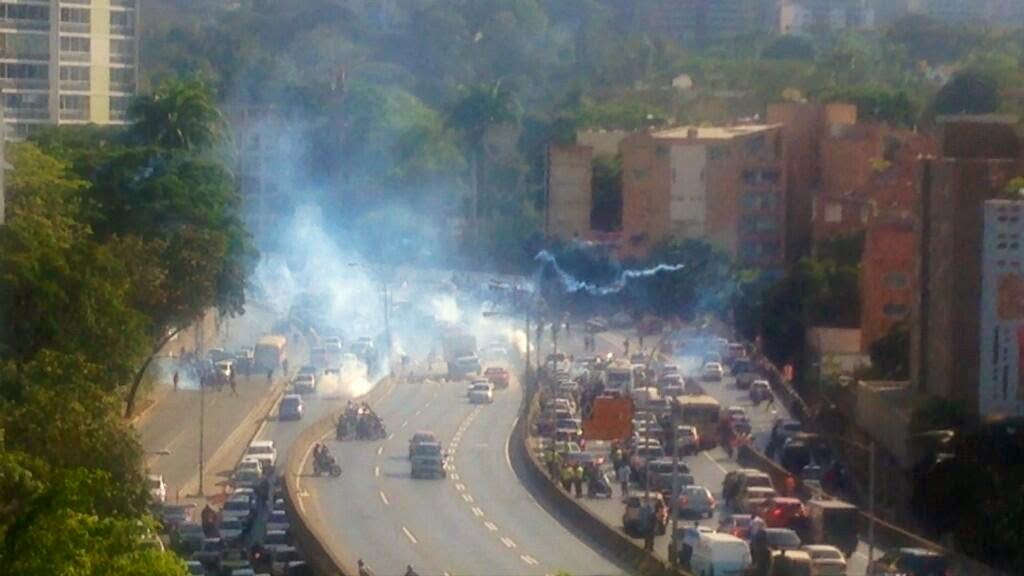 It looks kind of ugly too; tear gas canisters flying willy-nilly, cars backed up and skewed off, detritus on the roads, people scattering, general feel of violent and repressive; yep I’d buy all that.
Well I would do if this image hadn’t been taken about five minutes before that top one: 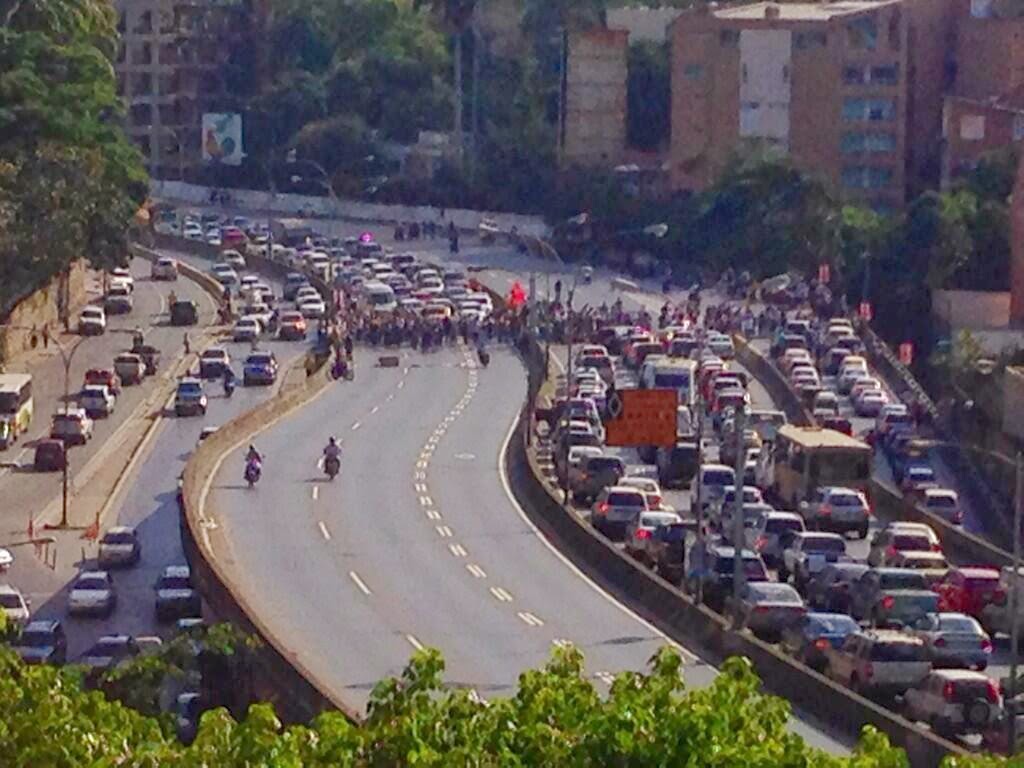 So what we saw placed before us this afternoon (by an extremely organized band of opposition Twitterers, because in just a few minutes a dozen repeats of that top photo came past my timeline) was the end of an illegal roadblock protest, with police breaking up about 200 students (that’s my best guess max, what’s yours?) who had stopped one of the main Caracas arteries from moving.
I’ll tell you the true truth: It irks me to be the one to stick up for the Maduro government side of this fubar called Venezuela, because the Venezuelan government isn’t playing nice and is censoring news media and is the root cause of the economic underperformance, along with many other sins. I’m not a pro-Maduro person and my support for his government finishes right at the point where I say “He was democratically elected by Venezuelans, who ratified that support in regional elections last December, it’s up to Venezuelans to decide who runs the country”. And to round off my personal position (because any declaration on Venezuela needs one, sad to say) I’m no fan of the stupids running the opposition there either and firmly believe them to be self-serving and poisonous in the extreme to the country and its potential for healing and eventual progress.
But still, take a look again at the second image above, because although you might get the first one you’re not going to be offered the second on your western TV news show this evening. That’s not a majority of Venezuelans making a political point, it’s a very small minority who are causing havoc to an average working day and being a pain in the butt to vehicle drivers. You’ll also note that as soon as the blockade is broken up (no shots to heads, no baton charges) all the drivers really want to do is get moving and on with their days.
Looking at that photo, the conclusion I draw is that Maduro’s position of the need to clamp down on minority protesters making an outsized nuisance of themselves is a valid one.