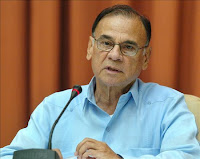 “Today is certainly a day for celebration” said Rodríguez at a PSUV press conference, one hour and thirty minutes before the close of voting, stipulated at 22:20GMT.

“From what the exit polls are saying the tendency is irreversible and the answer that the people has given is irreversible” said Rodríguez, who called on the opposition not to forment acts of violence and recognize the result. 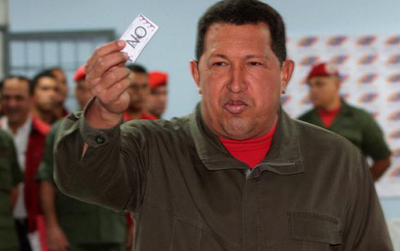 UPDATE, 8:10pm EST
It sure looks like Chávez has his win and by a relatively comfortable margin, too. Exit polls just released have the “YES” winning by a minimum of 53% and a maximum of 60.9%. Here are the four exit polls released up to now:

But the really good news is that Da Boorev is on the case, in the house and at the keyboard, so follow all the fun as he updates and updates on the unfolding results until he get drunk and starts calling us all his best pals. Here’s the link.