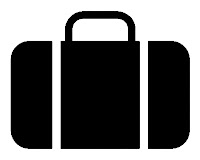 I love you though you hurt me so
Now I’m going to pack my things and go
Tainted Love, Soft Cell, 1981
Israeli news service Ynet got a telephone interview with Israel’s (now ex) ambassador to Venezuela, Shlomo Cohen. Here’s the link and go visit and read for yourself, but here are the direct quotes from Cohen. Y’know, sometimes…just occasionally…..you get a glimpse of the reality behind the curtain. No further comment from me. Let’s be different about all this and treat you as a thinking human being. Read the man and work it out for yourself.
xxxxxxxxxxxxxxxxxxxxxxxxxxxxxxxxxxxxxxxxxxxxxxxxxxxxxxxxxxxxxxxxxxxxxxxxxxxxxxxxxxxxx
“This is the first time I’m being dismissed. We’re getting the paperwork together and preparing to close down the embassy as quickly as possible. We don’t have much time to waste, since the government has ordered us to leave the country within 72 hours. I don’t remember anything like it. This is a new low in the relations between the countries.”

“Since yesterday I’ve been receiving many calls from friends of Israel here, expressing their sympathy and support in light of the president’s decision.”

“During the Second Lebanon War I was summoned for consultations and Chavez threatened to sever the ties with Israel, but didn’t follow through with the threat. This time he did. I estimated that something like this could happen. After all, he is an ally of Iran who maintains very close relations with the government in Tehran.”

“Although the parliament lauded the decision and supported it, it’s clear to everyone that he is the only one making the decisions. He regularly supports radical states and organizations, and his door is closed to us. Even if the media in Venezuela understands why we embarked on the Gaza operation, the regime is simply uninterested. It supports one side and that’s that.”

“I hope the economic and cultural ties continue despite the crisis, and I’m hopeful that one day the friendship that characterized the ties in the past will return. I no longer believe I will be back here as an ambassador; after all, I was declared a persona non grate. Perhaps I shall return in the future as a tourist.”