What gold is telling us today

Yes gold is up big and yes the main indexes are down big, but… 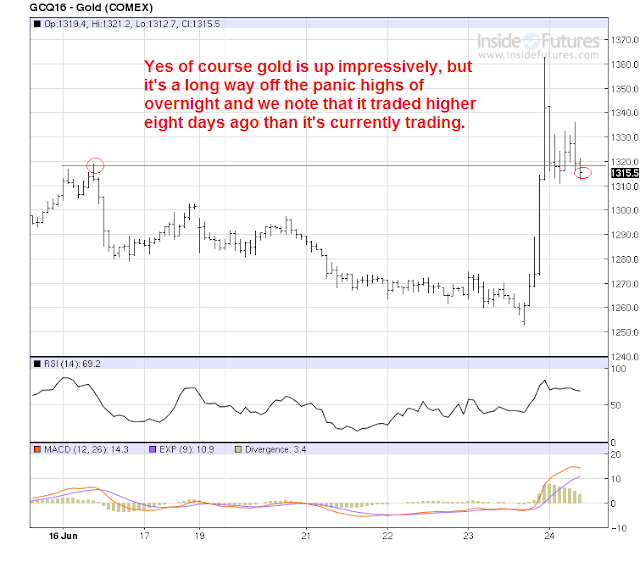 …this is no Black Friday.
Yes, negative 2% and negative 3% days on the broad market indices aren’t a welcome sight (unless you’re short) but they’re nobody’s idea of a crash, either. There’s no need to panic.
The major loss on all boards is that of the British Pound (GBP), which is also off its lows of 1.33 at the worst of the action (overnight Americas) but at $1.38 and bits is still down a record amount for a single day. That, along with the way that most other things are down but in an orderly fashion, suggests that it’s the UK and the UK alone that’s going to be hit by the longer-term effects of this Leave result. Whether or not that’s true in the longer-term is up for debate, but that’s the market thrust this morning and it makes enough logical sense, too.