What is it with US news channels and complete mind-numbing ignorance about the rest of the world, anyhow?

Let it be known that the US left* is equally ignorant as the right, this is MSNBC and not Fox News: 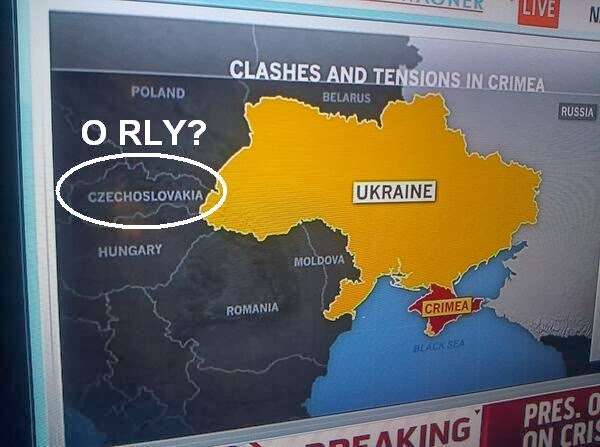 UPDATE: Reader ‘JE’ mails in to agree and add a thought or two:

This has been a frustration of mine for many years. American news media, especially TV, is woefully ignorant on international affairs. So the average American knows next to nothing about what’s going on outside the US. This country is probably one of the most provincial in the world, and that ignorance extends to many in the government.  That should be frightening to you folks. Of course, many people outside the US think this country is accurately represented by our entertainment industry.

*Though let’s be clear, the USA’s idea of left wing is better described as something a leeetle leetle less right wing than the right.