Whatever happened to the Food Riots of 2011?

Those were the days, weren’t they? Back when everyone told us Ben Bernanke’s ZIRP and QE (was it one, two, three?) and helicopter and fiat looming world death and horrible things were about to consume us all. Here’s a friendly map of the time, screenshot from this interactive page entitled “Inflation Riots And Protests 2011” (where you get to mouse over and find our what each event was on the map…it’s fun in Yemen and fuel blockades in the UK). 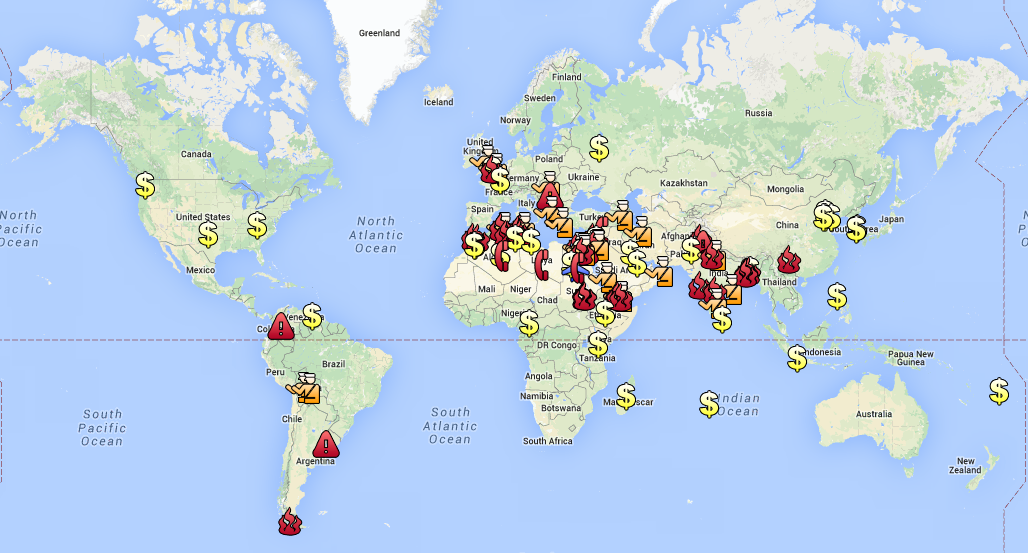 Yup, those happy days when we complained about the price of hydrocarbons and wheat. Let them eat petrolcake.

UPDATE: Ok, ok, I’m being facetious in the above, but there is a point here (somewhere). Back in 2011 we had lotsa lotsa OhMyGodWeAllGonnaDie from the reactive fringes, but we also had serious people working at serious bodies such as The IMF saying that 10% rise in food prices = 100% rises in social disturbances. on a worldwide scale. So what changed? The food didn’t, the oil didn’t, the availability of commodities in general may have moved inside normal supply variations but it’s not going to swing wildly in just three years.

The answer must be the affordability of things, which should be something you’d do well to keep in mind the next time you’re bored to death at a party by a hard money advocate.