Whatever makes you think Peru’s APRA is a bunch of corrupt scum?

Asia, as well as being a continent, is the name of a coastal district of Peru that covers a 50km stretch of the most desirable and expensive coastline on the Pacific coast of South America. It’s one of the places middle class Limeños have adopted as the place to hang in summer, with second homes mushrooming….. 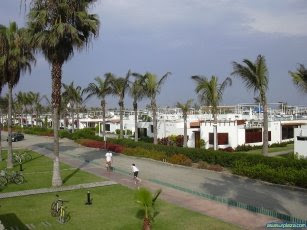 It’s also the district where the woman in this picture……. 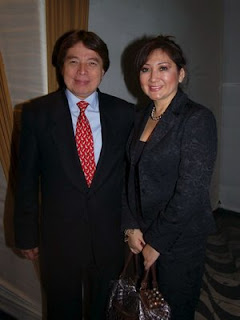 …..a certain Yary Valencia, has recently managed to buy 50 hectares of real estate for the princely sum of two US cents per square metre, which adds up at a touch over U$10,000 for land worth millions.

How did she do it? Nobody is exactly sure right now, but the 800 residents of the area bought up are crying merry hell. They made it on to Peruvian investigative reporter Nicolás Lucór’s TV show last night calling scam, foul, rip-off and plenty of other names.

But who’s the guy in that photo with Yary? Dudettes and dudes, may I present to you Yary’s husband César Zumaeta, APRA member of congress in the National Government and one of the rising stars in President Twobreakfasts’ political machine. Sheer coincidence that an APRA congressman would be mixed up in a scam rip-off land deal though, for sure.