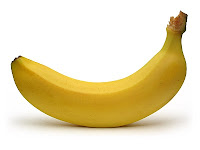 The reaction from the recent Wikileaks revelations in Panama may mark the first case when the leaked cables have significantly weakened a current government administration and a country President. Okke over at Banamana Republic has done a great job of stringing together the scandals so far and the three posts over at his site are today’s required reading.

The first post is on how the country’s Veep called the the current Panama Canal expansion “a disaster”, which is interestng enough but nothing destabilizing. However it was a mere hors d’oeuvre for what followed in….

…the second Banamana Republic Wikileaks post, an absolute gem. Here we get a great rundown an analysis of the big scandal currently hurting President Martinelli and his government, how he tried to strongarm the US into giving him illegal phonetaps on his political enemies, plenty more rogue behaviour detailed and a character assessment of the Prez dude from the US ambassador that will remain for the ages; “His penchant for bullying and blackmail may have led him to supermarket stardom but is hardly statesmanlike. He risks losing the good will of his backers in the Panamanian elite and business communities. Martinelli is not a member of Panama’s traditional elite, and he could be on thin ice if his “anti-corruption” measures end up being seen primarily as shake-downs for fast cash.”

Then yesterday we had the third installment of Bananama Republic’s Wiki-coverage, with the fallout from the wiretap revelations and more on the DEA in Panama.

Go read them all now, especially that second one. Top stuff and we very heart Bananama Republic.