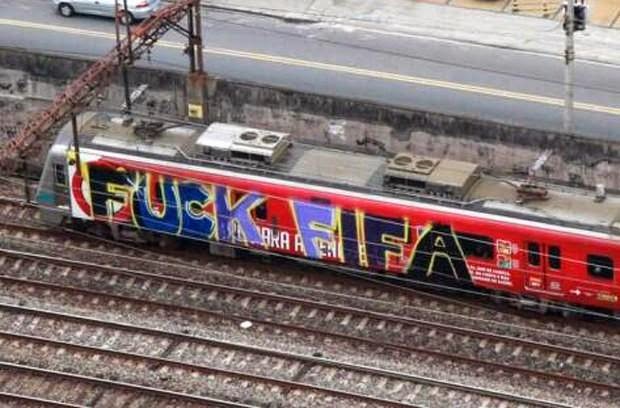 Gabriel Elizondo of AlJazz picks up on a survey run in Rio de Janeiro by Brazil’s big newspaper O Globo. Among the stats these two stand out:

So first things first and seeing a full 39% of Rio saying they don’t approve of the World Cup being hosted in Brazil, that’s a eye-poppingly large number. This is Brazil, where football isn’t just a game it’s a religion and nothing would rank higher than the country taking home the cup once again. Or in this case keeping the cup, because as host nation they’re also keenly aware of the home soil advantage. Seeing 39% of people against being hosts, and less than half saying they actively approve…that’s heavy.
Then the second stat, which might strike you at first to be good news. It’s not. It depends on exactly where you draw the line, as officially Rio de Janeiro has a population of around 6.5 million, while if you add in what’s known as “Greater Rio” that swells to a currently estimated 13 million. So if 11% of that little lot decide to hit the streets and protest, we’re talking about perhaps 1.4 million people. Sepp Blatter and his band of bloodsucking cronies better hope they don’t decide to turn out on the same day.

PS: Check out AlJazz’s Americas blog as well, because Elizondo’s surely going to be sending out postcards galore in the weeks to come. Starting with this one and here’s an excerpt:

What we do know is if FIFA wanted safe and predictable, the tournament was better suited for Germany or Switzerland. But FIFA wanted new and different, the exotic land of samba, the country of “futebol” with the South American vibes and all that energy and craziness that goes along with it.

You got it, FIFA.